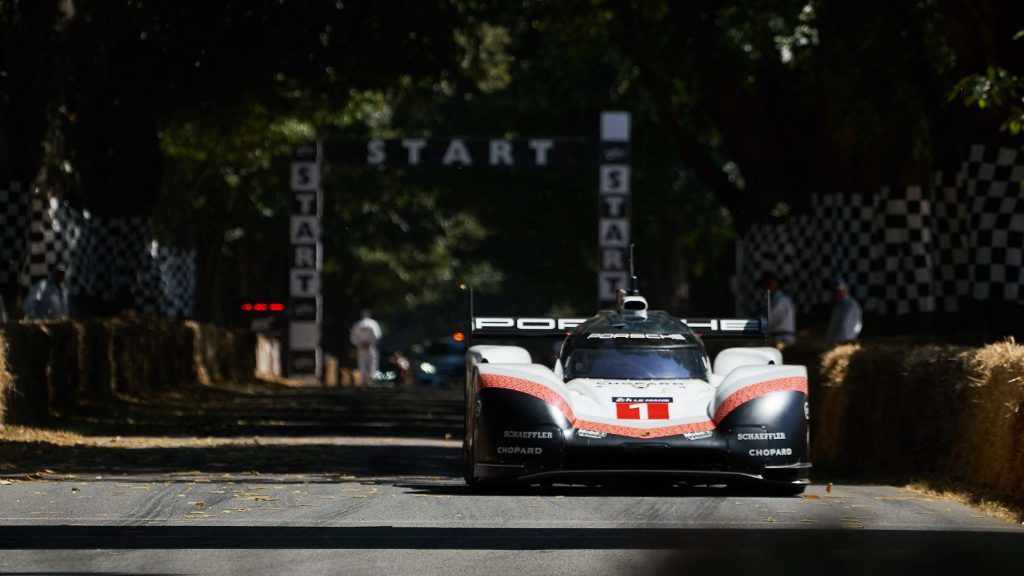 Each year, Charles Gordon-Lennox, Duke of Richmond and the owner of the Goodwood estate, selects a theme for the event. This year’s theme is Speed Kings – Motorsport’s Record Breakers.

To mark the occasion, the duke has invited record-breaking drivers and owners of some of the world’s greatest racing cars to put on a show for fans up the hallowed Goodwood Hillclimb.

The Festival of Speed runs from 4 to 7 July. Each day is packed with cars to see both on and off the Hillclimb, but the Saturday and Sunday runnings of the event usually attract the bigger names from the motoring world.

Double world rallycross champion and 2003 world rally champion Petter Solberg will also be present, while drifting legend Ken Block will shred tyres all the way up.

Whether you’re a fan of blisteringly quick F1 machines or elegant vintage grand tourers, there’s something for everyone at the Festival of Speed.

A host of Michael Schumacher’s F1 cars will mark the 25th anniversary of the first of the German driver’s seven F1 championships and his 50th birthday, Motor Sport Magazine reports.

Expect to see the two Benettons that he piloted to the championship in 1994 and 1995, plus the five Ferraris that dominated the sport between 2000 and 2004, the magazine adds.

A number of manufacturers are due to unveil new models. Ford is gearing up to reveal a radical version of its GT supercar and Porsche might bring its flat-six 718 Cayman GT4.

To keep things classic, Pink Floyd drummer Nick Mason to bring along a few models from his collection, such as his Ferrari 250 GTO, and it’s almost a given that a swarm of historic Le Mans machines will take to hill.

We’re so looking forward to this event!

If you have a classic car, Do visit TCW it is a place where we take care of everything from repairs and maintenance to summer storage. And if it’s not here, just ask.