Our Daimler Dart Restoration Are Enjoying Their Time In New Zealand

Our Daimler Dart Restoration Are Enjoying Their Time In New Zealand

“Like heirlooms, a classic car doesn’t belong to any individual. We are custodians who enjoy and maintain them for future generations” says Vijay Pillai.

Restoring a classic takes more than just skill. For the uninitiated, it is a common ground where experience, skill and passion, join hands. Nothing warms our heart more than seeing the cars that we have worked on, restored back to its glory. Two of the Daimler Darts that you see in the picture above have found its way back to New Zealand after spending a good time at The Collectors’ Workshop getting restored and improved. 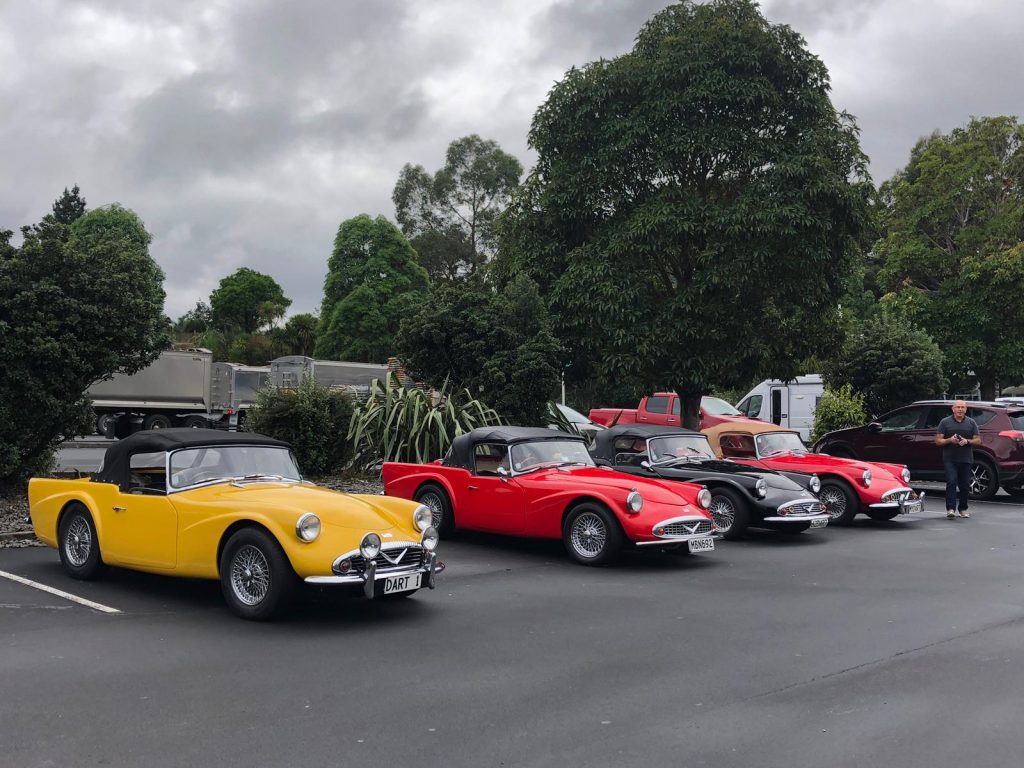 Classics have a special place in the hearts of most petrolheads. It wreaks of passion and love that comes from a bond that is rather difficult to be put into words. While these Darts enjoys company with others of its kind, we realise how much attention a classic requires. Nothing makes your classic more appealing than the minute attention paid to details. The icing on the cake, as they say, is as important as the cake itself.

A Bit More About the Daimler Dart Restoration

Ahead of getting sold to Jaguar Cars by its parent company Birmingham Small Arms company, the Dart was the final moniker that Daimler had to its name. It saw the dawn in 1959 and remained in production till 1964.

A study that was put into place to design the Dart found out that the car’s body should be made of fibreglass a peculiar choice for the time. And its mechanicals told the same tale. The original version which later came to be called as the A-Spec could reach a speed of 193kph.

Bumpers were originally an optional extra. With the basic specification not including full bumpers, the A-spec. cars have two short, chromium-plated ‘whiskers’ on the body on either side of the front grille and two short, vertical bumpers, or “overriders” at the rear, which were not included in the rear bumper was optioned. It was powered by a 2.5-litre V8 that churned 140hp alongside 210Nm of torque through a 4-speed manual transmission.

If you have any queries regarding Daimler Dart Restoration you can contact us any time or leave a comment below our experts will answer you.

If you have a classic car, Do Visit TCW it is a place where we take care of everything from repairs and maintenance to summer storage. And if it’s not here, just ask.