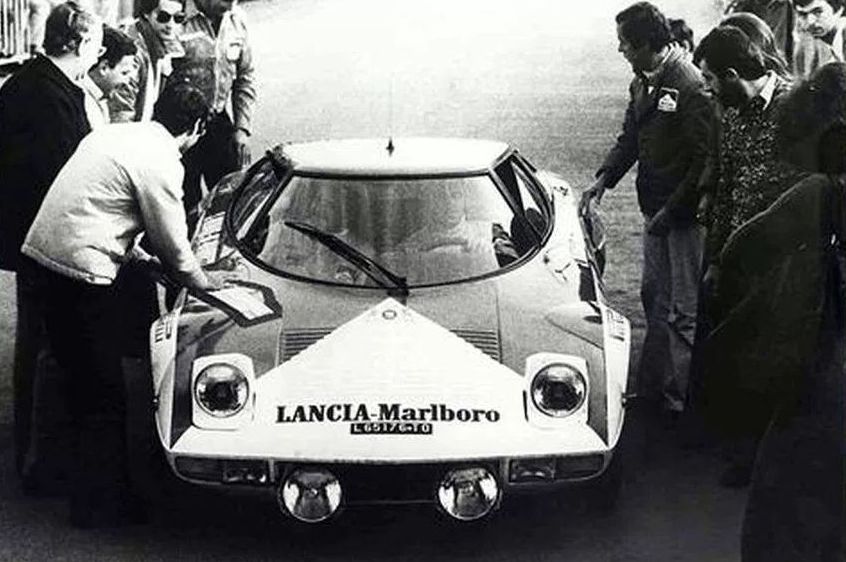 Back in the 70s and 80s, rally sports was iconized by two names, Lancia and Audi. While Audi later went on to clinch an unforgiving spell of victories with its four-wheel drive Quattro, Italian manufacturer Lancia owned the throne for numerous several championships.

Till date, videos of the Lancia cars catching surprising amounts of air-time during rallies are priceless. One such model that has been etched in the minds of most petrolheads is the Stratos.

Through its lifecycle, the Stratos went on to conquer titles at the World Rally Championships in 1974, 1975 and 1976. However, the Stratos was never entirely a Lancia.

The idea for the iconic design of Stratos was sparked in the sheds of Italian coachbuilding and styling company Bertone. With Lancia’s Fulvia getting too old to compete in rally sports, Bertone decided to design a new model based on the same. With Lancia looking for a replacement at the same time, Bertone’s idea was lauded at the company’s headquarters. This later came to be called as the Stratos Zero.

A year later Lancia showcased the Stratos HF Prototype at the 1971 Turin Motor Show where it dropped numerous jaws for its peculiar and interesting design work. The prototype was presented with three engine options including the Lancia Fulvia engine, the Lancia Beta engine and the mid-mounted Dino Ferrari V6 that churned out 190hp in road trim. While Enzo Ferrari was reluctant to supply the Dino engine to a car that was soon to be its own rival, he altered his decision after the Dino was paid to rest.

A total of 500 engines were promised to Lancia to feature in the Stratos. Its glorious days began from the early 70s and went on till the early 80s where it started a new era in rally racing. It was the first car in history that was designed from scratch for this kind of competition. This was, however, not possible without the three leading med behind the entire rallying project: Lancia team manager Cesare Fiorio, British racer and engineer Mike Parkes and factory rally driver Sandro Munari.

After having a successful run in the Group 5 category, Lancia began production of 500 examples of the Stratos in 1973 to get it included in the Group 4 category. By this time, Ferrari’s 2.4-litre Dino V6 in the Stratos produced 188hp and 226Nm of torque. However, the company decided to phase out this engine in the following year. But 500 engines among the last built were already sent to Lancia. The car was now manufactured by Bertone in Turin while final assembly was done by Lancia at its Chivasso plant in Italy.

While the model went on the rally racing in the early 80s, Lancia decided to pull the plug in 1978 leaving the car with a short life of a mere five years. This is, however, not true among a majority of petrolheads these days as its name still echoes with pride in car meets and classic auctions.

Such cars which enjoy a major chunk of glory in the past is brought back to life and repaired at The Collectors’ Workshop. It’s not only our knowledge and expertise that lets us be the best specialist of classic cars in Dubai but also the love and passion we possess to work with such monikers.